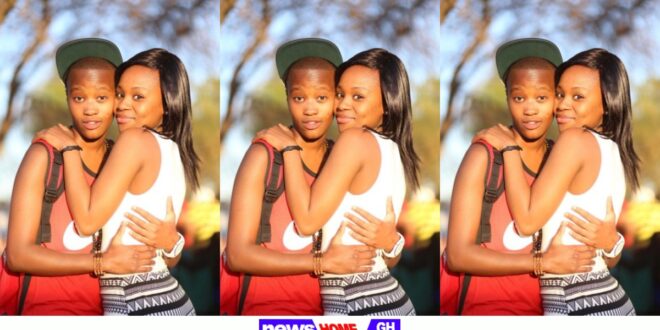 Zara, a teacher in Nigeria who is thought to be a lesbian, is accused of raping a 4-year-old student.

The suspect was alleged to be a teacher at Golden Olive School in Maiduguri, the capital of Borno State, when she was apprehended by police.

The Police Public Relations Officer (PPRO) in Borno State confirmed the incident and stated that the victim’s father reported the incident to the police, adding that investigations into the incident have begun.

Hassan Dala, the father of the victim, also confirmed the story by saying that he told the police about it after seeing that his daughter’s urine was bloody.

“Initially, I presumed it to be a symptom of infection. I took her to the hospital, and they told us what the problem was.

“When the mother asked her, the victim told us what the teacher did to her. The victim said that the teacher cuddled, gave her breasts to suck, and inserted a finger inside her private parts, but the mother first ignored it, dismissing it as normal.

“When the complaints persisted, the mother noticed blood in the child’s urine, and called my attention to it; We took her to a private clinic at Bulumkutu, Miyetti Clinic, where a doctor advised us to investigate what happened.

The victim’s father requested that Governor Babagana Zulum intervene to secure justice for his kid in accordance with the state’s Violence Against Persons Prohibition Act and the Child Rights Act.

See also  Elsie-Dorcy, a facebook user narrates how she was almost used for Sakawa after going for a job interview.