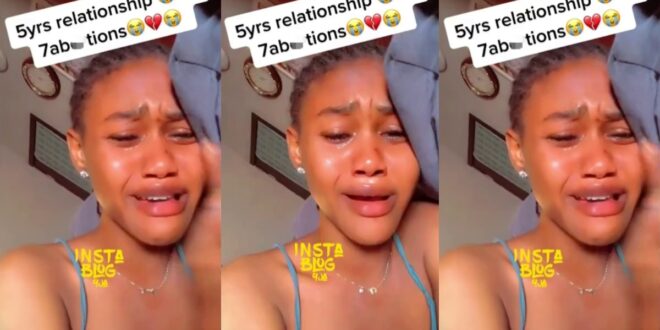 A video that shows a young Nigerian lady crying as though she had just learned that her parents had died has gone viral and elicited a range of responses from people on social media.

It appears that the reason the lovely young woman cannot find comfort is not that she has become an orphan, but rather because her five-year spouse dumped her.

The fact that she was dumped despite all of the things she did for him to make the relationship work, including getting seven abortions for him, is the most heartbreaking aspect of the breakup.

Her weeping was probably out of regret for having her babies adopted by a man who had never wanted her in the first place, despite the severe anguish that she is experiencing as a result of the breakup.