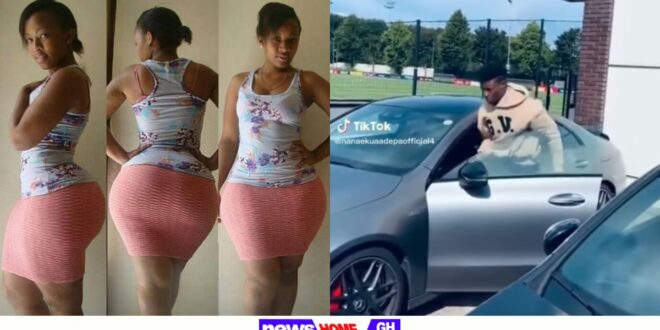 There appears to be an ongoing internet struggle between Ghanaian females over Kudus Mohammed, who has now become a worldwide internet star following his two outstanding performances at the World Cup.

A handful of audios that have been going viral on the internet in recent days also show how some girls offered themselves as a ‘Thank You’ gift to Mohammed Kudus for a job well done.

In one of the viral recordings sent to the star player’s Instagram DM by a lady, the anonymous girl urged Kudus to send her his location because she was ready to head over for him to chop her.

Another lady has lifted the bar and appears to be in a comfortable lead presently, owing to her use of spirituality to help her capture the soccer star’s heart.

On Facebook, a woman named Eugenia Ewurama summoned Kudus to the Alpha Hour Altar and asked him to marry her in Jesus’ name.

During yesterday’s alpha hour session, she conveyed this prayer request to God.

asanteselina – Aaaaaaah so she woke up at that hour for that,but does she even know him??? eeeeeeeeeiiii

marilynbridgitta – Eiii are people really serious? Boi3 maybe that’s the serious girlfriend coz with God, everything is possible

mzz_mamairene – Arh but I was there so how come I didn’t see this? Eeeeii

Elvis Agyemang, a pastor from Ghana, is the founder of Alpha Hour – It is a nondenominational prayer group where everyone can join on Facebook at 12am.