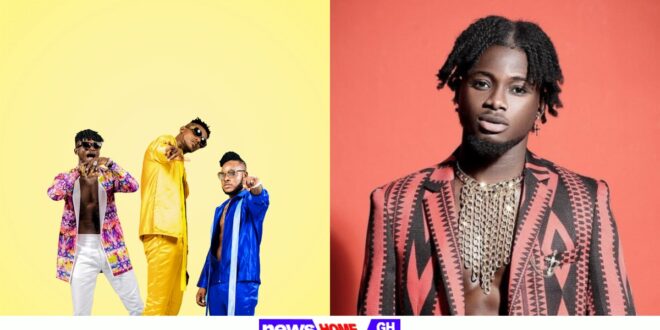 “Kuami Eugene never wrote a song for us, he is lying”- Keche

Eugene recently said in an interview that he gave one of his tracks to Keche.

According to him, the members of his record label, Lynx Entertainment, were not pleased with the decision he made.

In a joint interview with ZionFelix, Keche Andrew and Joshua, however, rejected his assertions.

They claimed that Kuami Eugene did not write the ‘No Dulling’ song for them.

Andrew revealed that he originally created a verse and chorus, and Kuami invited them to his home studio to work on the song.

This came after they had already requested collaboration.

Joshua claimed that he had to write a new verse directly in the studio.

Keche emphasized that they collaborated as a team, rather than Kuami Eugene claiming he wrote the song for them.

Despite their many years in the Ghanaian music industry, the duo claims that no one has written a song for them.