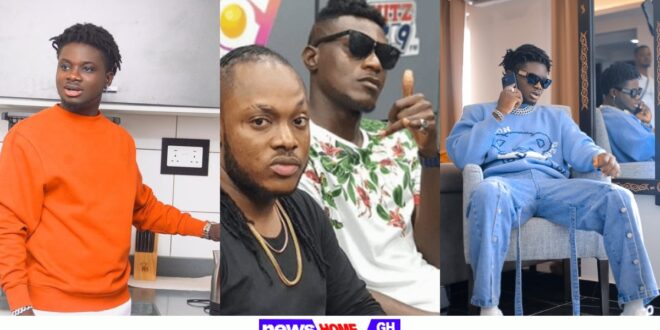 Keche, a popular Ghanaian music duo, has called the singer Kuami Eugene a liar after he said he wrote and owned the hit song “No Dulling.”

Due to its danceability song and melody, Keche’s “No Dulling” featuring Kuami Eugene became an instant hit.

Kuamai Eugene, on the other hand, claimed to have written the entire tune by himself. However, according to Keche, he should not claim credit for something he did not make.

Although they appreciate Kuami Eugene’s contributions to the project, they would like to emphasize unequivocally that the song was not composed by Kuami Eugene.

“Kuami Eugene has said he wrote the “No Dulling” song, that is a big fat lie. The song is doing well and that is the focus. We have a lot of hit songs and none was created or written by anyone. So we don’t understand why Kuamai Eugene will claim credit for it,” Keche said.

Keche effectively refuted Kuami Eugene’s allegation that he wrote the song “No Duling.”