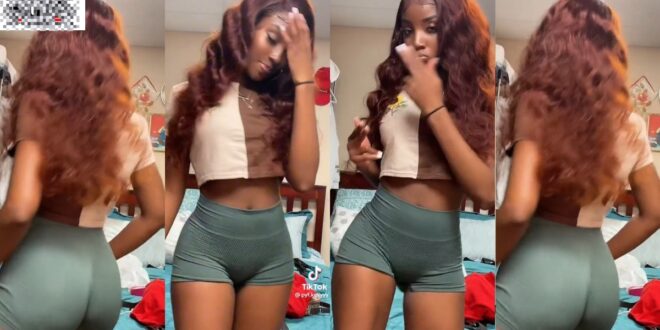 Kelly, a popular celebrity on TikTok, does not want to be forgotten, so she uploads videos on a consistent basis to let people know that she is still active.

The woman who has become a phenomenon on the internet has just released another entertaining video of herself in which her small things can be seen aggressively vibrating and displaying her stuff.

Kelly has quickly become most men’s favorite Tiktoker after a viral video that she made trended for weeks on social media.

There were countless men who confessed their love for her and many girls were jealous as a result of that.