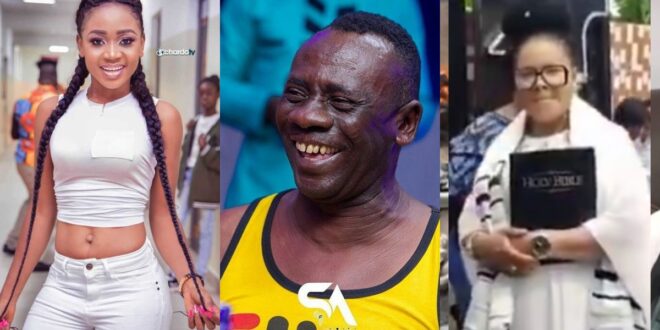 Akrobeto is making a joke of the events of the last few days.

He claims that he will be visited by God himself eventually, notwithstanding the fact that everybody else seems to have had such a visit.

His miracle, he claims, will be a pointed nose.

On his program, Real News, he revealed that a man who had allegedly broken up with his girlfriend awoke with a female genital instead of his male one.

If God has created this unspeakable transition, and has caused Agradaa and Akuapem Poloo to change as well, then Akrobeto believes he will have his miracle as well.