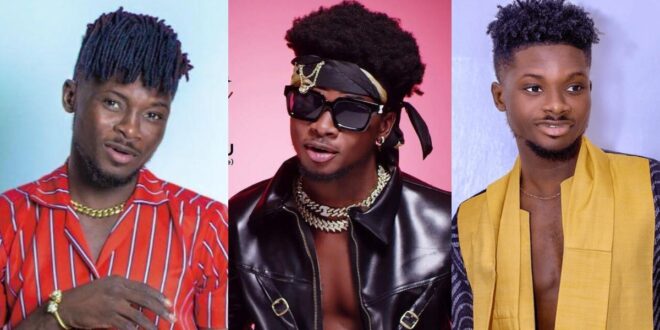 If Ghanaians supports me, I can win Grammy easily – Kuami Eugene

Kuami Eugene, Ghana’s sporadic hitmaker, has stated emphatically that he has what it takes to bring the Grammys to Ghana if he receives more support from Ghanaians.

In a recent interview with Giovanni on Showbiz 360, Kuami Eugene confirmed that he has big ambitions for his musical career.

He said, “I have come a long way in the industry, and the support so far is good. There are more hit songs to be released this year”.

Kuami has been touring in support of his latest release, “Dollar on You.”

He stated, “My song has been doing very well since its release and key influencers like Sarkodie, Okyeame has jumped on the song plus it’s has gotten a lot of views since”.

And, by the looks of things, Kuami’s future looks bright; thus, Ghanaians’ continued support would enable him to win Grammys for the country – hopefully.