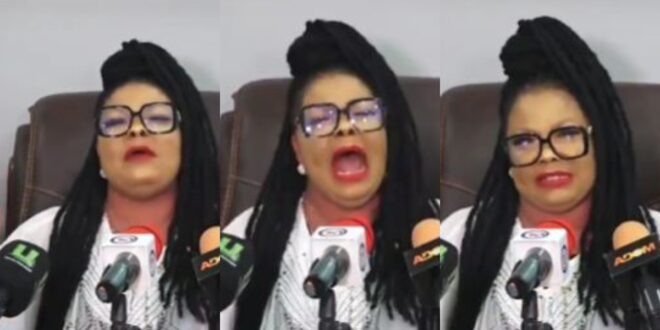 Patricia Oduro, better known as Nana Agradaa because of her work as a traditional priestess, has announced that her dwarfs have disappointed her and that she would set them on fire on Thursday.

Nana Agradaa said she would parade some strong men of God in Ghana to the room where her dwarfs are being kept at a press conference after her release from police custody.

She goes on to say that on that day, all the dwarfs would be left lacking. Nana Agradaa claims to have repented of her sins and will now serve Christ forever.

She changed her name to Evangelist Oduro Koranteng because she believes she is able to represent the Lord with modesty.

Nana Agradaa went on to say that God had protected her through all of her struggles when the dwarfs were sleeping. She claims that God miraculously rescued her as she was about to go to prison, and that now that she has been saved, she can never return to the dwarfs!

LISTEN TO THE VIDEO BELOW: