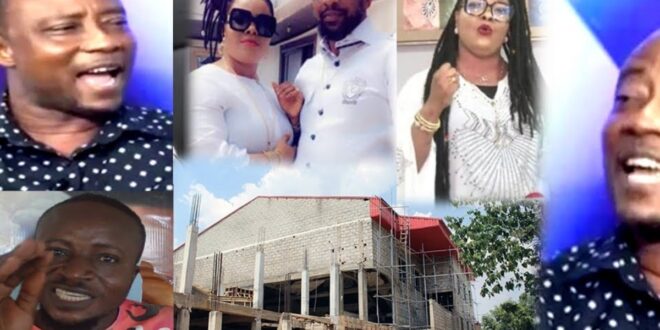 Rev. Tony Asamoah Boateng, the head of Great Light Worship Centre, has announced that he was the first to prophesy to Komfo Agradaa that she would become an Evangelist.

Years before, the man of God, affectionately known as Apae Live, prophesied to the fetish priestess that she must abandon her gods and follow God.

According to Apae Live, Komfo Agradaa used to worship in his church every December 31st, and one night he prophesied to her that God will use her for his works after the year 2020.

He went on to say that three years after the prophecy, he sold his church to Pastor Oduro Koranteng, Komfo Agradaa’s husband.

In the year 2021, Komfo Agradaa has actually repented of her sins and chosen the Bible to spread God’s word.