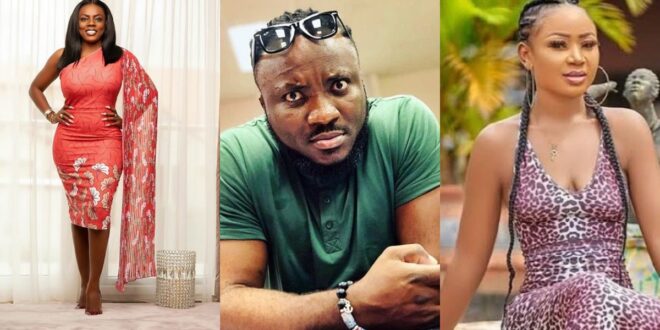 Derrick Kwabena Bonney, also known as DKB in the entertainment industry, has confirmed that he would have little to do with Akuapem Poloo.

Poloo has proven to be ungrateful, he claims, and he cannot always be there for her.

He said he wanted to transform Poloo into the next major TV host, but Poloo flatly said that she did not need him again.

On his Instagram profile, he expresses his disgust that Poloo is circulating rumours that he has squandered the money that people have contributed to display their concern for her plight.

DKB claims Poloo might have been ungrateful to him, but defaming him was the last straw, and he is no longer friends with her.

Their relationship has come to an end.