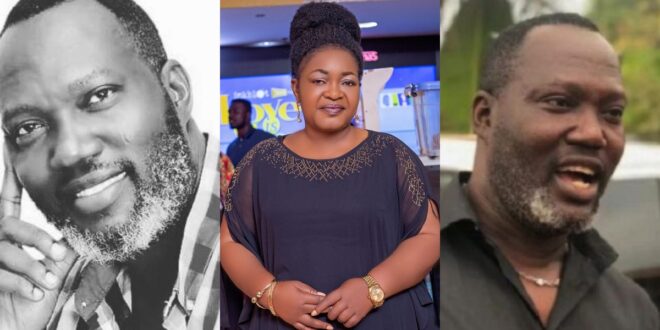 Christiana Awuni, one of his best colleagues, remembered how surprised she was as she learned the tragic news about him.

Madam Awuni said in an interview with ZionFelix on the ‘Uncut’ Show that she had not seen the late actor for a while before his death was revealed.

Christian Awuni revealed after a year and a half she had not set her sights on Bishop Bernard Nyarko.

She claimed once more that the late actor did not want people to see him when he was bedridden.

The famous actress has denied any problems with him prior to his passing.

she lamented the ease at which people would create false assumptions regarding others.

The entire interview can be found below.