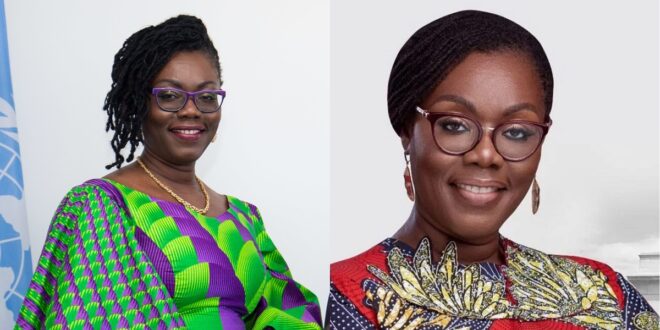 “I did Lesbianism when I was in Senior School”- Ursula Owusu

Ursula Owusu-Ekuful, Minister of Communications and Digitalization, has disclosed that as a girl in high school, she played with lesbianism known as “supi supi” in secondary schools.

The period of her life, she claims, was only a passing process in which she had to explore her identity despite her attraction to the opposite sex.

Owusu-Ekuful was relieved that there were no social media platforms available while she was discussing her identity with other girls because it would have been a permanent record she would have had to deal with for the remainder of her life.

On Wednesday, April 28, 2021, the Ablekuma West MP made this disclosure while appearing on ‘Starr Chat,’ a personality profile show on Starr FM, which is monitored by newshomegh.com

Ursula Owusu-Ekuful, who was sharing her thoughts on LGBTQ+, told Nana Aba Anamoah, the show is host:

“Most of us who went through the boarding system will have been exposed to ‘supism’, particularly in girls’ schools and some mixed schools. We were effective. I make no apology for it, but I prefer my men.”

She continued: “fact, I mean, I won’t lie about it; we’ve all done it. At some stage, we’ve experimented with stuff like that but it was a passing phase. Some people never grow out of it and don’t see it as one of the secondary school things that we indulge in, in our exploration.

She added: “You’re exploring your sexuality so you do all kinds of silly things growing up. Thank God there were no social media when we were growing up; you will leave a permanent record of some of these crazy things…”