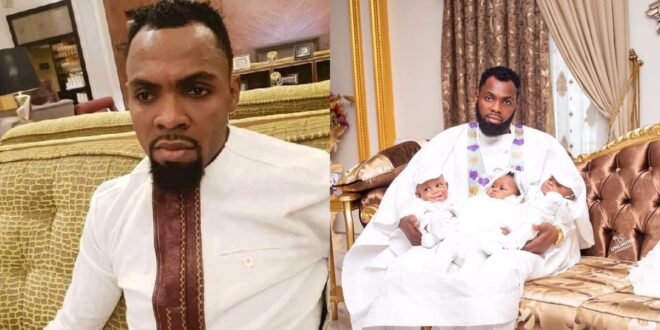 “I can’t even k!ll a chicken how much more a human being”- Rev Obofour

Rev. Obofour has eventually responded to accusations made against him in a leaked audio by his special aide, Andy.

In response to the accusations, he said that while he is a tough guy, he cannot kill a fowl, let alone a human being.

He then cautioned the young people not to join anyone in killing people because you would be their next victim after they have finished destroying their opponent.

When it came to Andy’s comments in the viral recording, Rev. Obofour was quite proverbial.

At Nana Agradaa’s camp, the aide was chatting with Manasseh The Word Changer and others.

He said many things regarding his former employer, including that he and his boss were involved in the murders of many people, including the mother of Queen Ciara, his wife.

Andy began a damage management scheme hours after the audio went viral, claiming that everything he said was a lie and that he did it to gain the confidence of Nana Agradaa, his boss’s rival.