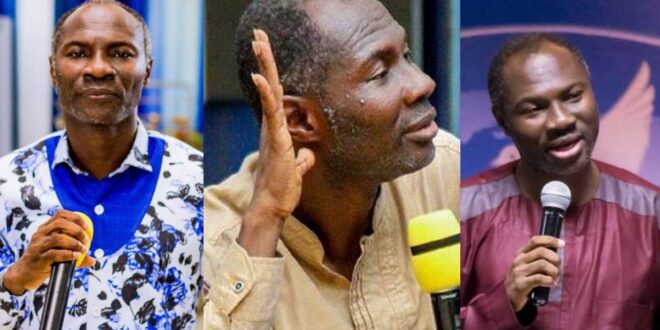 the founder and leader of Glorious Wave Church International Prophet Badu Kobi have rubbished claims that he takes money from politicians to make fake prophecies.

according to the self-acclaimed man of God in an interview on Accra based Angel FM, nobody feeds him since he is a businessman even before he was called by God.

Badu Kobi who predicted that former president John Mahama will win the 2020 elections claims he bought his first car at the age of 19 while the noisy making pastors now were on foot during that time.

He told Captain Smart during the interview that though he is a Man of God, he is into a business that he does not fraud his members for money.

Badu Kobi stated it clear that he does not or hasn’t taken any money from political parties to make out a prophecy but only says what God has revealed to him.

below is his video watch;