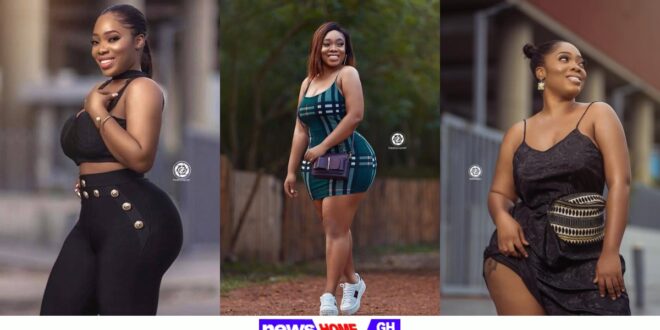 Moesha Boduong, an actress and socialite, drew a lot of attention to her Instagram page after she posted a video of herself seductively dancing to Arya Starr’s “Edey Rush.”

Remember that just a year ago, Moesha apologized to Ghanaians and all the girls she had led to dating rich married men in an emotional video after stating she had truly repented and given her life to Christ.

She cleaned up her Instagram and other social media accounts in preparation for her new life.

The actress has clearly reverted to her former habits, and nothing can stop her this time.

In the video that has gone viral on social media, she assures her supporters that she is now 100 percent recovered and that they can expect more from her.

Moesha Boduong has finished her service to God and is now back to her carefree life of drinking beer, wearing skimpy dresses, partying, and dating sugar daddies.

In the comments portion of an Instagram post, a concerned admirer asked the socialite if Christianity is not paying her as well as she expected because her recent Instagram lifestyle implies otherwise.
“The Christianity no dey pay errh,” said the user.

Moesha responded by saying that “God Loves Sexy Women” to defend her return to her slay queen lifestyle.