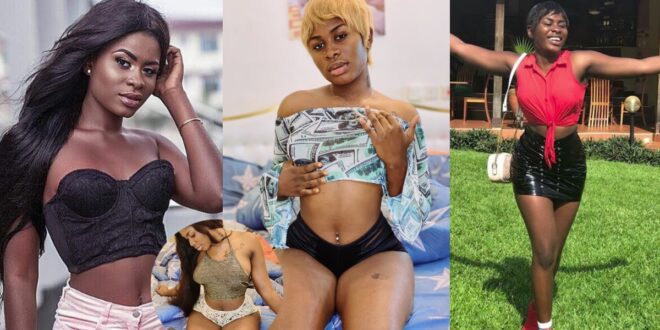 How it started Vs how it’s ending: Before and after photos of Yaa Jackson causes stir on the internet

Yaa Jackson is one of the popular Kumawood young actresses who started her career at a tender age.

the well know actress for a while switched from acting to singing as she has tried her possible best to get a hit song.

on how it started and how it’s ending, we have chanced on photos of Yaa Jackson suggesting that she is bleaching her skin.

well, it might be part of being a celebrity but we think being who you are for people to love you as you are is better than being fake.

below are photos of Yaa Jackson that proves that she has bleached her skin from then and now.