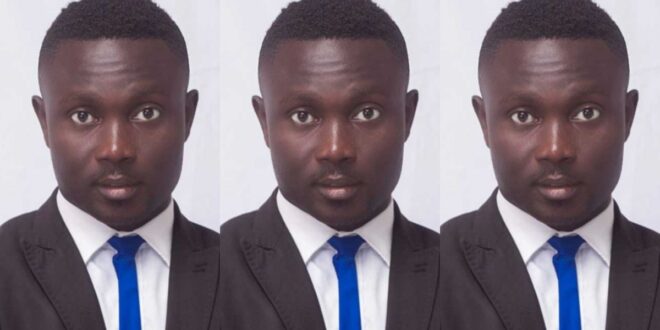 Gospel Musician reveals he became a Muslim because of a woman he wanted to marry.

Jeffrey Kwasi Boakye, a Ghanaian gospel singer, has revealed how he converted to Islam in order to win the heart of a woman.
Despite being born into a Christian family, Jeffrey said that he left Christianity to enter Islam for strange reasons.

According to him, the decision to become a Muslim was inevitable in order for him to survive because the Islamic home became his refuge and source of food.

Jeffrey has revealed that a Muslim lady was the catalyst for his conversion to Islam. The lady’s parents were so taken with the relationship that they agreed to let him live with them on the condition that he convert to Islam.

“I left Christianity for Islam because of this lady I was in love with. I had to follow her faith to keep the relationship,” he said.

The singer agreed to convert to Islam in order to provide for his family while maintaining his relationship with his girlfriend. The marriage lasted seven years before the Islamic family moved away from Kumasi.

“For seven (7) years, I worshipped as a Muslim. My reconversion to Christianity happened when the Muslim family relocated from Kumasi. That was how I lost touch with them and came back to the Christian faith,” he revealed.

Despite his family’s objections, Jeffrey Kwasi Boakye joined the Islamic family and was given the name Ishmael. He was given a Buta, Tasba, and Jalabia and enrolled in Karatu, a Hausa school in Kumasi.