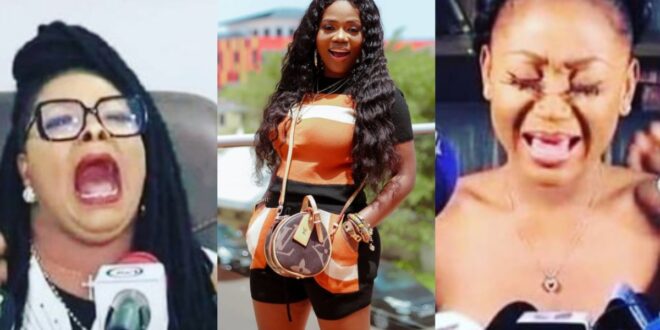 Mzbel, a veteran Ghanaian singer and entrepreneur, has subtly criticized Nana Agradaa (now Evangelist Patricia Oduro Koranteng) and Akuapem Poloo since their respective press conferences after their release from prison.

The two notorious women were recently arrested and sent to trial for their respective offences, but they were freed following many pleadings. The first thing they did after their release, though, was to arrange a press conference.

Several headlines about these individuals’ court and prison problems have occupied several big news portals both domestically and abroad.

Akuapem Poloo was convicted, tried in court, and sentenced to 90 days in prison, but she was given parole, held a news conference, and has since become a social media sensation.

Nana Agradaa was also detained for illegally running two television stations. She was kept in custody for a few days, held a press conference yesterday, and is now trending.

Mzbel has responded by claiming that heading to prison would become the latest fashion trend in Ghana.

According to Mzbel, the news conferences arranged by the two prominent persons after their release on bail are giving a message to the public to follow suit in the future.

“Very soon, going to jail will become like the new fashion trend. You go, get bail then come organize a press conference Lol, they are joking with our minds & see how we buying into it” .she wrote on Instagram.