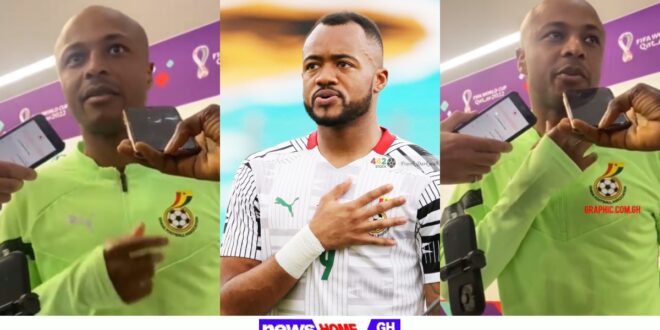 Andre Ayew, the captain of Blackstar, says that Ghanaians often criticize his brother Jordan Ayew, even though he is a good person and has a lot of talent.

The captain was enlightened by how Ghanaians are praising his brother Jordan Ayew on social media while speaking to the media following Ghana’s 3-2 victory over South Korea.

He asserted that Jordan Ayew is a quality player and that today’s performance was unexpected.

Andre Ayew claims that despite the fact that Ghanaians frequently attack his brother without justification, they are aware of his talent.

He clarified that a player who has been active in the Premier League for six years cannot be characterized as a poor player.

One of Ghana’s standout players in the 3-2 victory over South Korea was Jordan Ayew.

With a strong free kick, the Crystal Palace forward set up Mohammed Salisu for the opening goal, and Mohammed Kudus assisted on the second goal, an inswinger that Mohammed Kudus headed in.