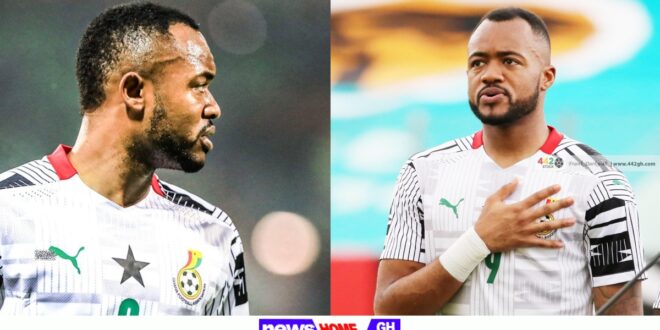 According to the opinions of the vast majority of irate Ghanaians, Jordan Ayew is a highly slothful and obnoxious footballer who should never be permitted anywhere near the Black Stars squad again.

Dede Ayew and Kudus, who assisted Ghana’s opening goal, were substituted by Bukari and Jordan Ayew. Many fans have speculated that Jordan Ayew is the primary reason why Portugal got the two goals that sinked Ghana.

Because immediately after the substitutions were made, Portugal scored two goals, and both of them were directly attributable to Jordan Ayew squandering the ball in potentially dangerous locations.

There is a petition that is currently being circulated in the digital space with the intention of strongly advising Head Coach Otto Addo not to take any chances by playing Jordan Ayew in any of the remaining matches of the competition.

Take a look at some of the comments made by Ghanaians who are convinced that Jordan Ayew should be held responsible for the two additional goals scored by Portugal.