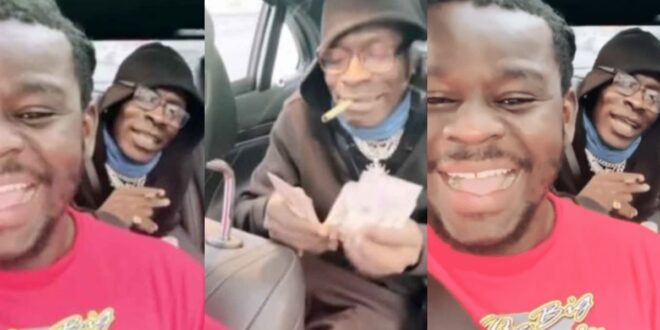 Shatta Wale was seen chilling in the states with Jupitar just hours after his kidney condition was debunked.

Shatta Wale decided to take a break from social media for a while, leading many to think he needed time to focus on his album.

Conversely, businessman Ibrah 1 said that Shatta Wale had gone off because he was suffering from a kidney problem, which sparked questions but was later debunked by Ayisha Modi after speaking with a close friend.

After a video of Shatta Wale and Jupitar playing around in the US went viral, a new video has put a smile on people’s faces. This demonstrates how much the dancehall act is now missed by the public.