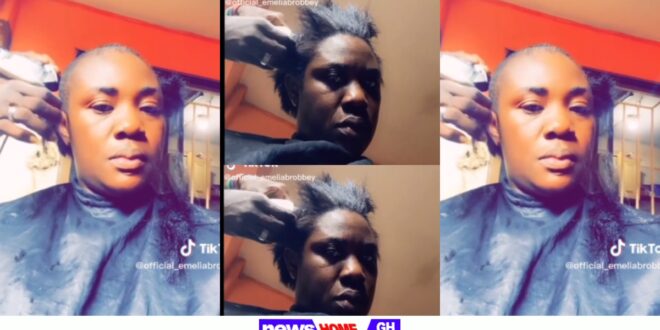 Emelia Brobbey has sparked debate after releasing an odd video in which she wore no makeup and a wig.

In a video, actress Emelia Brobbey can be seen shaving her hair for a new appearance. The footage appears to have shown the Ghanaian actress in her natural state, given that she was not wearing any makeup.

Why Emelia Brobbey felt the need to show both her natural face and head form at once is a matter of some debate.

She doesn’t look terrible without makeup, but certain things are just inappropriate for social media. They are not kind to her after she has given users and trolls something to talk about.

People on social media think she has been hiding under cosmetics to look more elegant and gorgeous.

Check out the video below;