Ace Journalist Captain smart, has revealed in an interview with Zionfelix that, the electoral commission of Ghana is very credible and has never rigged any election in favour of any political party.

according to captain smart, political parties in Ghana only cry when they lose and create the perception in their supporters that they were cheated.

Captain smart revealed that, the EC has always done a marvelous job in the country and every since the the 4th republic, they have been very credible and have cheated no one.

“There has never been the case where ballot is stolen in Ghana. If there has been any form of rigging in our elections someone should show me. When you lose an election it’s painful. It’s like losing your girlfriend so if you spend these huge amount of money and you lose, you get confused and think you were robbed

See also  Despite Media Donate Gh₵50,000 To Widows At Perez Chapel On 31st

Cobby Collins is a blogger and Software Developer who has been in the entertainment industry for almost 6 years, he has helped built many blogs that are focus on giving entertainment news and services to Ghanaians across the globe. you can contact him on Cobbycollins3@gmail.com
Previous “I will publish all your secrets”- Brother of Former minister Victoria Hamah vows to expose her.
Next “Our Legal team is prepared to face John Mahama and NDC in court”-NPP declares 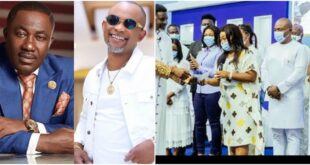 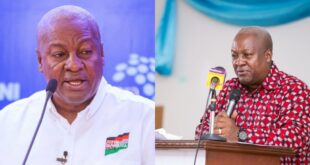 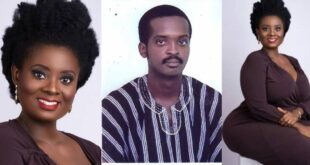 Powered by BestBuzz Media
© Copyright 2022, All Rights Reserved
We use cookies on our website to give you the most relevant experience by remembering your preferences and repeat visits. By clicking “Accept All”, you consent to the use of ALL the cookies. However, you may visit "Cookie Settings" to provide a controlled consent.
Cookie SettingsAccept All
Manage consent

This website uses cookies to improve your experience while you navigate through the website. Out of these, the cookies that are categorized as necessary are stored on your browser as they are essential for the working of basic functionalities of the website. We also use third-party cookies that help us analyze and understand how you use this website. These cookies will be stored in your browser only with your consent. You also have the option to opt-out of these cookies. But opting out of some of these cookies may affect your browsing experience.
Necessary Always Enabled
Necessary cookies are absolutely essential for the website to function properly. This category only includes cookies that ensures basic functionalities and security features of the website. These cookies do not store any personal information.
Non-necessary
Any cookies that may not be particularly necessary for the website to function and is used specifically to collect user personal data via analytics, ads, other embedded contents are termed as non-necessary cookies. It is mandatory to procure user consent prior to running these cookies on your website.
SAVE & ACCEPT