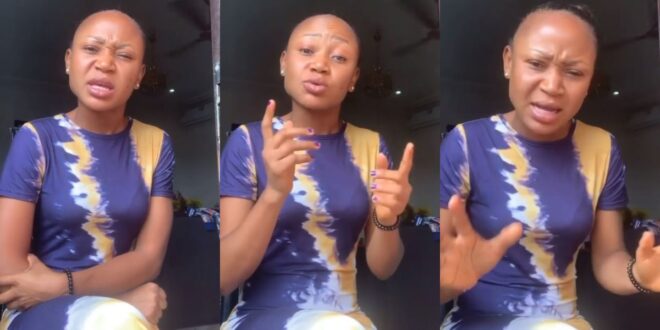 “DKB took GHs 4,000 from a woman on my behalf and spent it, I never received the money”- Akuapem Poloo

Akuapem Polo, an actress and social media influencer, has taken to the internet to discuss a critical question about the money that was donated to her.

When Akuapem Polo was in prison, some people, including comedian DKB, put out a phone number and Polo’s bank account details for generous Ghanaians to contribute to her.

However, it seems that the money donated did not reach the legitimate recipient, and hence Akuapem Polo.

Akuapem Polo said in a video posted on her Instagram page that certain people have earned money on her behalf, but that she has not received anything so far.

The donors who gave her the money, are labeling her as ungrateful because they think the money has gotten to her.

The actress, on the other hand, said in her video that she is not ungrateful and that she appreciates all that is provided to her.

She went on to say that the situation is tarnishing her reputation.

Aside from money donated by “Those Called Celebs,” she claims she has not earned any money from anybody.