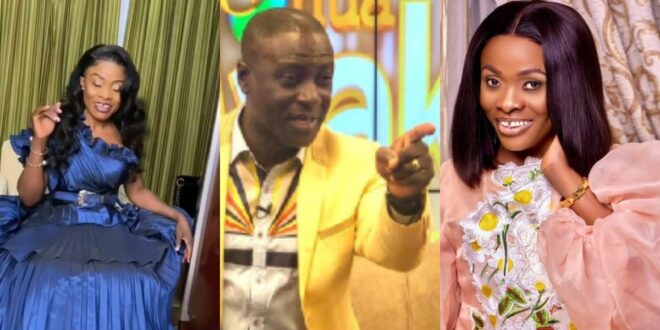 Diana Asamoah, a gospel artist, has been accused of sleeping with men in cars by Captain Smart.

The rantings of Captain Smart came after Diana Asamoah, in a recent interview with blogger ZionFelix, criticized Captain Smart and referred to him as the “father of falsehoods.”

Diana Asamoah further accused the ONUA TV host of stealing a married woman from her husband, squandering her money, and then leaving her for another woman.

It would appear that Diana Asamoah’s attack on Captain Smart did not sit well with him, as he took to his show on Onua TV to lambaste Diana, stating that she sleeps with men in cars and commercial buses after preaching.

watch the video below.

See also  Even in suspension Captain smart continues to blast the Government on Galamsey. (video)
Share