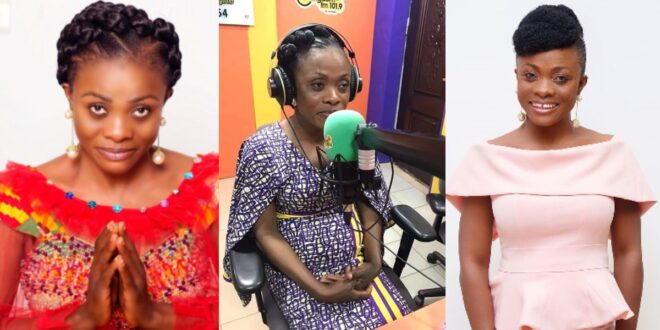 Evangelist Diana Asamoah, a multi-award-winning Ghanaian singer, has issued an unequivocal apology to the entire Ga-Adangbe Traditional Area for her remarks regarding the Homowo festival.

The soft-spoken woman of God apologized to the traditional authority and their whole population for speaking against the Ga people’s cherished traditional history and culture in a self-recorded video.

She mentioned that she did not intend for her remark to incite a ruckus, and that she was calling for the whole Ga-Adangbe Traditional Area’s forgiveness.

She said she was mindful of the press conference called in response to her remarks and pleaded with them to temper punishment with grace.

The Pentecost Sore Ndwom singer said that she is not and never has been against any festival’s celebration since she holds them in high regard.

She admitted that she did not talk properly and begged for forgiveness because she had no idea what her remarks had affected.

Evangelist Diana Asamoah went on to call for everyone’s continued encouragement so that she can continue to create more music for our enjoyment.