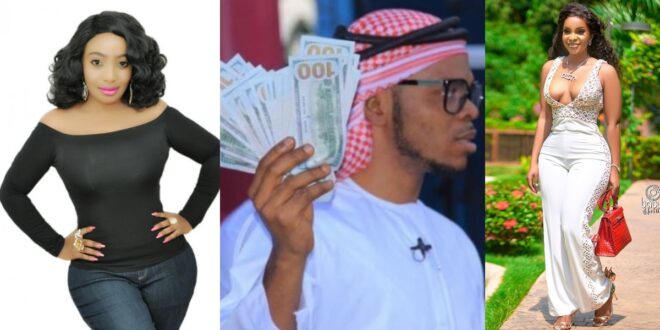 Diamond Appiah Slept with Obinim for a P.A job but he ditched her for Benedicta Gafah

A social media user has revealed details regarding the notorious Diamond Appiah, which begins and finishes with her sleeping with a top lawmaker in the country.

This lady claims she was told not to be friends with Diamond Appiah because she is a drug user who is unable to have a constructive conversation.

According to the post, Diamond was adopted by a family, and when she grew up, she slept her way to prosperity.

Diamond supposedly slept with Honorable Bugri Nabu in order to strike a bargain with him, and she even tried to get pregnant with him in order to bind him and protect her future, but it did not succeed.

“I repeat Diamond was adopted by the above family….. Now back to the case itself…… Diamond seductively lured honorable Bugri Nabu into her tent and manipulated him by saying he can help him get deals for his lands in East Legon hills. she enrolled as a land guard, each customer she brings to buy the land she gets some cut, this was how come you see her in working gear and galivanting here and there acting like she owns the land and properties, it was all for him.”

“Honorable was her breakthrough because of the lands the man asked her to sell. she also happened to seduce this poor man by gracing his bed to seal the bond… she tried to get pregnant for him to secure her future plans but pregnancy was not forthcoming, she slept with Obinim all in the name of being his personal assistant…”

“The men wanted juice and not dry fish and so went for more juicy fruits hence her pain and anger towards Benedicta Gafah as well. She is currently battling with depression due to bad business… everything is now falling apart, she can no longer have her international trips again, trips that were funded by honorable.”