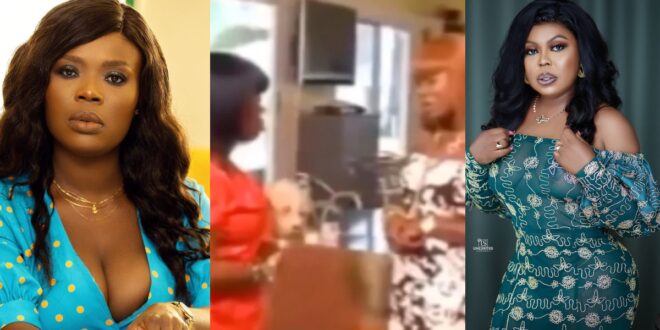 Delay, a well-known radio personality and businesswoman, has stated that she would never make peace with people with whom she has had previous conflicts.

About the fact that Delay did not directly mention Afia Schwar in the song, it is unlikely for her to smoke the peace pipe with her former good friend.

She claims she has had problems with certain people for more than 20 or 30 years, but she does not see herself reconciling with them.

It is clearly not in her character for her to return and reconcile with those people.

All the while, it is widely assumed that Delay is the one who shaped Afia Schwar into the person she is today.

When she produced the series Afia Schwarzenegger, with Afia as the lead character, she catapulted her into the spotlight.

That is how Schwar came to be known as he is today.

Schwar decided she had earned ample recognition to be on her own rather than dependent on Delay for fame and life, so the two parted ways.

She rendered a slew of accusations against Delay, including that he forced her to work as a housemaid.

Afia said she was washing everything for Delay, including her underwear.

As circumstances worsened, Afia Schwar referred to Delay as a barren lady, as reported by Newhomegh.com earlier.

below is the video;