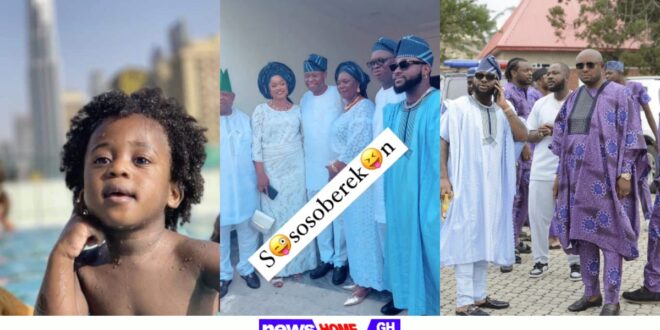 Davido was seen in public for the first time since his son’s death.

The “If” hitmaker and Chioma lost their 3-year-old son to drowning on November 1.

Davido and Chioma have reportedly been locked up in his father’s house since the incident.

The B.E.T award-winning singer made an exception today to celebrate his uncle’s inauguration as Osun State’s next governor.

Davido was involved in his 2018 and 2022 governorship campaigns and was present for his inauguration.

Davido wore a blue three-piece agbada with his boys.