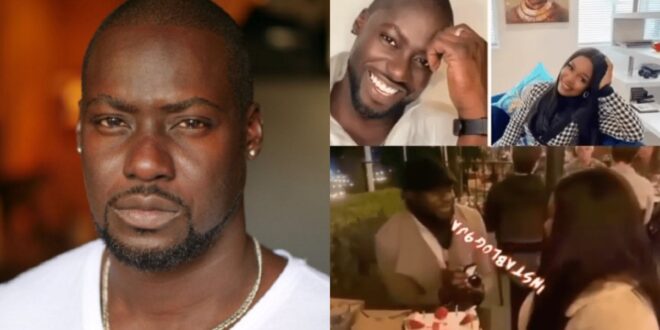 Chris Attoh remarries after his wife was k!lled in 2019, Congratulations!!

Chris Attoh, a Ghanaian star, has eventually moved on after his second partner, Bettie Jenifer, was murdered in 2019, and this is his third marriage after divorcing his Nigerian wife Damilola in 2017.

According to a post on the Nigerian site Instablog, the actor secretly married his new bride, Chinecherem Eze, a Nigerian, on Wednesday, April 28, 2021, and a proxy traditional wedding was conducted on Saturday, May 1 in Nsukka, Enugu State.

According to sources, the current wife is his investor partner, and he proposed to her months before their wedding at a private function attended by family friends.

Chris Attoh and his first partner, Damilola, have a son named Brian, but their marriage ended only two years after they married in 2015.

Life does move on, after all. We congratulate Chris Attoh on his new engagement.