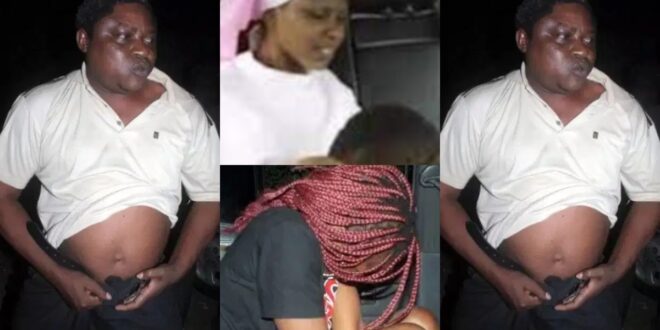 Catholic Priest Caught ‘Chopping’ A Roman Sister In His Car

A Roman Catholic priest was seen last night having s3x with a nun in his car.

Locals who saw a strange movement in the still Toyota RAV4 were able to catch the Rev. Father Gwakunda in the act as it was happening on the side of the road.

Abstinence is often accepted in the Catholic religion as a deliberate decision to refrain from marriage or any kind of s3xual engagement, usually in order to uphold a sacred vow.

Therefore, in this regard, one may say that practicing s3xual abstinence is a requirement of their religious pledge.

Therefore, it might be stated that the Roman Catholic priest violated his vow of chastity by pampering a nun and having s3x with her.

According to reliable sources who were the first to break the information, the Catholic Bishop has been notified about his behavior.