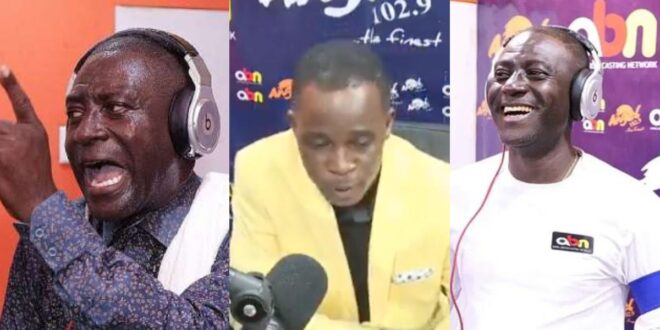 Godsbrain Smart, also known as Captain Smart, a former show host at Angel FM and Television, seems to have gotten a new job just hours after being suspended by the station’s management for apparently going too hard on the current NPP government.

Captain Smart’s suspension for opposing the government sparked outrage in Ghana, with Manasseh Azure wondering if there is anything comparable to Press Freedom.

The Angel Broadcasting Network suspended their morning show host on May 6, 2021, for his harsh utterances against certain high-ranking government officials.

Captain Smart was given a three-month deal at $100 per day by another well-known television figure, as luck would have it.

Captain Smart has a new job thanks to Kelvin Ekow Badu Taylor, the editor of Loud Silence Media, a Ghanaian journalist based in the United States of America.

Kelvin has mentioned that for the next three months, he would pay him a regular allowance of $100.

Kelvin Tailor revealed this in a Facebook post a few hours after his friend’s suspension became public knowledge.

Mr. Smart has yet to decide whether or not to accept the offer.

He frequently makes political commentary on his regular broadcast, “With All Due Respect.”

His program, which he normally broadcasts on Facebook and YouTube, focuses on a range of Ghanaian development issues.

See also  After her man on DateRush, Bella is showing signs of Broken heart on social media
Share