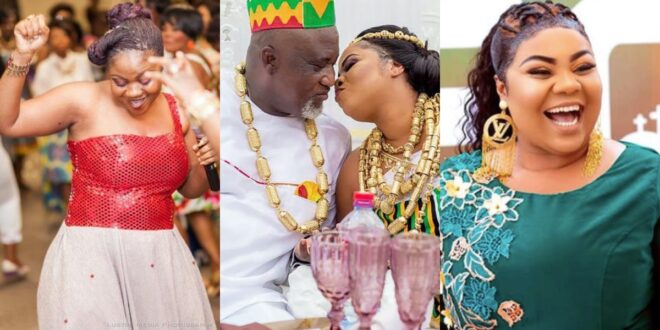 Empress Gifty, formerly of Gifty Osei, a veteran Ghanaian gospel singer, has mentioned the simple stuff that can easily ruin a marriage.

During an exclusive interview with Nana Romeo of Accra FM, which was broadcast on newshomegh, she said that although several errors might quickly end a marriage, there are a few simple ones that would almost certainly end it.

First and foremost, she claimed that people do not call their husbands’ side chicks as such, as it is inappropriate.

Second, Empress said that taking up your husband’s phone call and reading his texts are actions that can quickly strike the husband’s nerve.

Finally, she said that couples were created to be together.

She clarified that if a person does not live in the same place, trust becomes incredibly complicated, and the marriage would inevitably end.

To learn more, watch the video below.