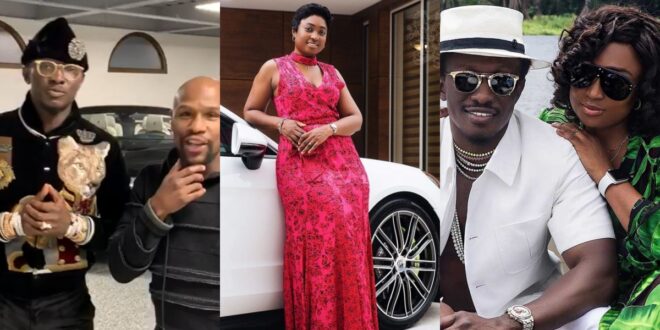 Nana Kwame Bediako, also identified as Freedom Jacob Caesar (Cheddar), a Ghanaian billionaire, has announced that he married at a young age and has discussed his reasons with his fans.

In an interview with Zionfelix, the billionaire, who is also a real estate developer and philanthropist, revealed that he married his wife, Ruby, at the age of 19.

In the interview, nana Kwame Bediako refuted the notion that tying the knot at a young age means one’s game is finished.

He claims that it is far from what people believe, claiming that if anyone chooses to marry at a younger age, the game has only just started.

He said that after his marriage, he began to function more diligently. It was also the period during which he stayed concentrated. Cheddar said that he became more accountable to his children, wife, relatives, colleagues, and everyone else.

See the video below to see the interview.