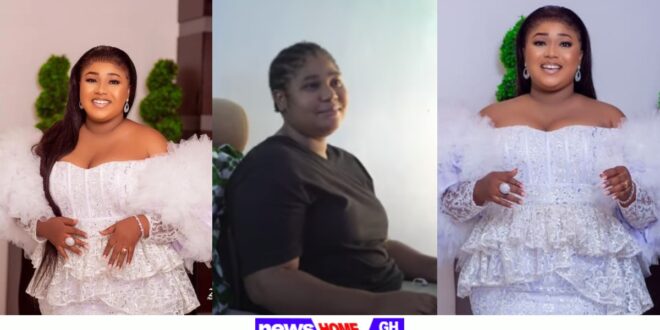 Xandy Kamel, a Ghanaian actress and television presenter, recently had her home videotaped, and in it, her stunning younger sister was seen for the first time.

When actor Kwaku Manu, his brother Filla Man, and other entertainment stars went to the house of Xandy to get some work done, they saw the stunning young lady who goes by the name Pearl.

It seems that Xandy’s younger sister has not truly remained in Ghana for a very long period, which is the likely reason why so little information on her can be found.

The actress revealed that her younger sister has split her time between the country and the United States of America during the majority of her childhood.

As a result of where she grew up, it would appear that Pearl is not very proficient in the majority of the local languages.

The late Henry Ford Kofi Kamel, a Ghanaian politician who served as the Volta Regional Minister and the Member of Parliament for Buem, is the father of Xandy Kamel and their younger sister, Pearly Kamel.

Below is the video of Xady’s beautiful sister;