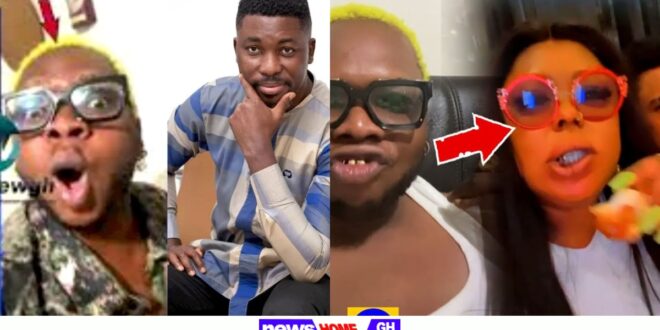 Nana Tonardo, an entertainer who is known for speaking his mind, has attacked Kwame A Plus for what he said about the GHC 65,000 fine he got for contempt of court.

Likewise, the actress Nana Ama McBrown and the entertainment critic Mr. Logic were all hit with fines.

The comedian Afia Schwarzenegger, on the other hand, was found guilty and sentenced to 10 days in jail. However, she is still on the run and has not yet served her time.

On the broadcast of United Showbiz that aired over the weekend, Nana Ama McBrown discussed what took place after the decision was delivered.

The actress turned TV show host claimed that the events that transpired in court have provided her with a significant lesson.

A-plus came in and said that he had not learned anything new. He also said that he was going to file an appeal against the decision.

A-Plus went ahead to criticize the current government on social media, saying that it has driven up prices so much that even court fines have gone up a lot.

Odii Tonardo was upset about all three of these things, so he made a video about them and sent it to Plus.

See also  "We will not allow any man with a small d!ck to sleep with us"- SHS girls reveal (watch video)
Share