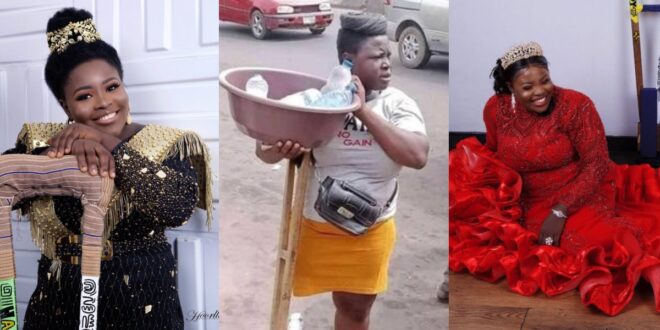 Mary Daniel, an amputee lady hawking water and beverages in Oshodi, has been denied access to the N25 million (over GHC350, 000) donated to her by Nigerians by the Lagos state government.

According to The Country, the young woman’s tale contained some lies.

Mary said that she had lost her leg in a car crash that killed all of the passengers, including her husband.

She said she was left alone with a child and her grandmother, and that she hawked to help bring food on the table.

Nevertheless, the government discovered soon after Mary’s birthday that her father is still alive and that her leg has been amputated since birth.

Her involvement in Oshodi was allegedly staged, and her lies were exposed when the people she collaborated for threatened to reveal her unless she gave them their own share of the donation.

In the midst of an outpouring of condolences, the Lagos state government expressed readiness to provide shelter and other protective assistance to the amputee bottled water vendor.