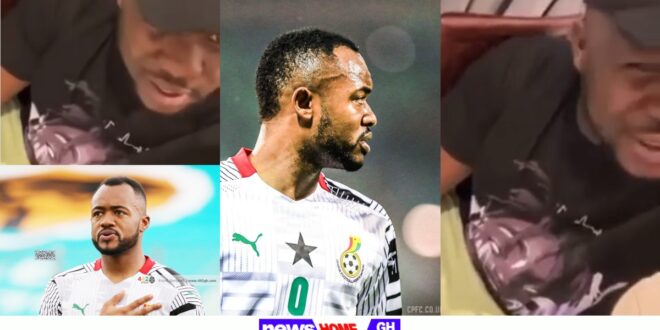 Rapper AMG Medikal is one of the millions of Ghanaians who have voiced their displeasure with Jordan Ayew’s bad performance, which cost the Blackstars the match last night. Ayew’s poor performance was the primary factor in the Blackstars’ loss.

The majority of these irate Ghanaians believe that Ghana was performing admirably up until the point at which Jordan Ayew came into the game, which occurred after his older brother Dede Ayew was taken out of the match.

When one watches the highlights of Ghana’s game against Portugal in the current world cup, it is easy to see that the two goals scored by Portugal after Ronaldo’s penalty came as a result of Jordan’s poor possession of the ball, which led to the team conceding the second and third goals.

In a short video, Medikal has criticized Coach Otto Addo for making an unforgivable error by putting Jordan Ayew into the game. Medikal believes that Coach Addo should not have done this.

watch the video below.

See also  "GA people are villagers, they should learn from the Ashantis"- Waakye (video)
Share