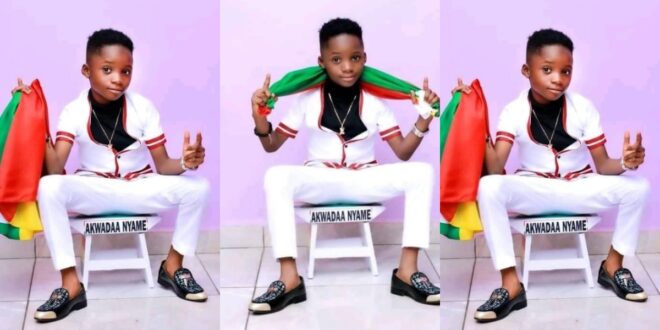 He was crowned the champion of Talented Kids season 12 after beating out five other finalists.

Through his appearance on the night, he swept everyone off their feet, including the judges, peers, and studio audience.

people praised his victory because he was consistent throughout.

He has also posted some of the lovely moments he was declared the winner on stage on his Instagram profile, where he has now enjoyed his victory with his followers.

Akwadaa Nyame posted on Facebook about the memorable moment:

A dream come true. 🎉🎉🎉 You can tell how happy I was from the happy dance and smiles😅😅. Thank you all so much for making this possible Akwadaa Nyame Nie 🔥🔥 #akwadaanyame #tv3talentedkids

The ultimate winner of Talented Kidz 2021 was photographed wearing a nice designer outfit while sitting on his typical stool with his name “Akwadaa Nyame” embossed on it.