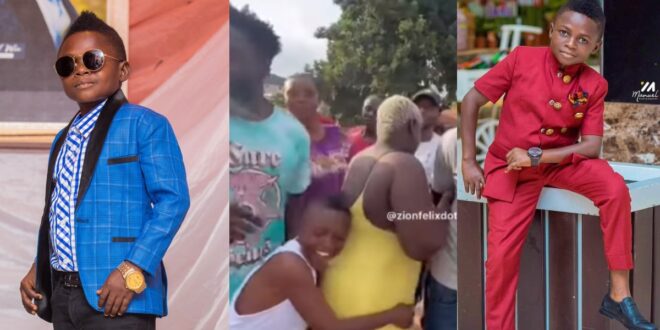 Actor Yaw Dabo was recently seen in a video that has gone viral in which he refers to himself as an “ass guy” among his peers in the profession.

The Kumawood actor was there with other pals to show support for actor Shifoo, who had just gotten a car from his old buddy Ras Nene.

Yaw Dabo, who could be seen with Ama Tundra, who is famous for her huge backside, remarked on the lady’s stunning physique during their brief conversation.

He buried his face in her buttocks while clutching Ama, his hands wrapping around her hips, and the beautiful lady gladly obliged.

After he let go, Yaw Dabo gave some motivational remarks to the camera about his undying affection for large butts while he was facing the camera.