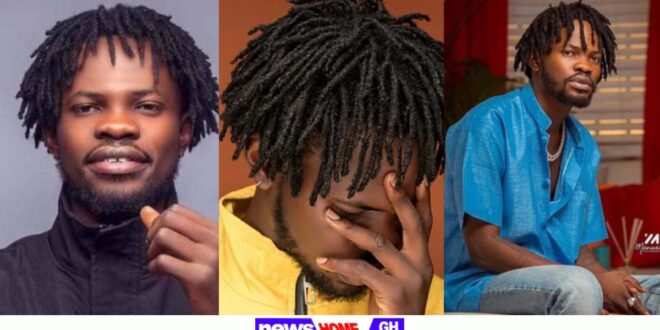 Fameye has revealed that he had an affair with three women at the same time before he became famous and became known across the country.

The “Nothing I Get” hitmaker went on to add that he dumped all of them after Prophet Nigel Gaisie delivered a doomsday prophecy on him, which he faithfully followed and changed his life.

“After his death prophecies, my soul nearly left my body,” the singer said. “I even broke up with all my girlfriends. I had about three women at the time.”

“Recently, I was in America when he tweeted that I had been ungrateful to him after his prophecy about me came true,” Fameye explained in an interview on 3 Music.

“I want to comment on Nigel’s case. Yes, I indeed visited his church, and he prophesied to me about my death. I don’t want to give details, but he said I was going to die and added that I was going to be famous. I was visiting other churches because I wanted God to cause an elevation in my music career.

As a result, The Ghanaian musician acknowledged the prophet’s profound influence on his life and promised to make amends to him in due course.

“I want to use this medium to inform you that I haven’t forgotten about you, I will come to see you at the right time. What you said has come to pass, but I know that your prayers also averted the death you saw. There is no bad blood; God bless you,” Fameye added.