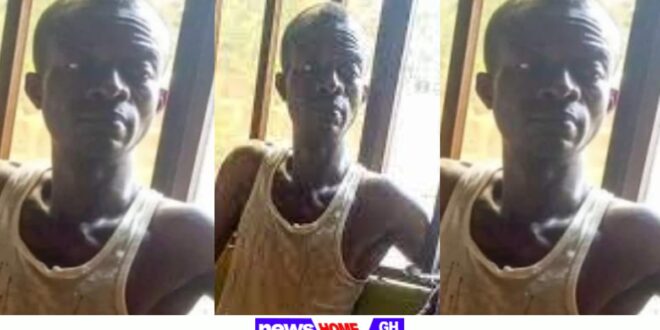 A man in his 40s is currently being held by the police on suspicion of molesting his daughter, who is 9 years old.

Police caught the perpetrator, Kenneth Nwangwu, on Tuesday, November 29, 2022 after receiving a tip from a whistleblower.

The suspect, who is being held by police in Nigeria, has said that the tip was false and that the people who told on him were jealous of him.

“My coworkers are my adversaries because they are envious of me,” he explained.

During this time, the woman had a medical exam that showed she had been sexually abused in some way.

An examination of his life, revealed that the suspect has no tangible job and has been raising the youngster alone since his ex-wife left them many years ago.

In response to the news, the Commissioner for Women and Social Welfare, Hon. Ify Obinabo, stated her willingness to see the case through to completion and obtain justice for the kid.

She bemoaned the state’s high rate of defilement, urging everyone to “always say something when you see something.”

The Commissioner guaranteed that cases already moved to the State High Court will be heard as soon as the Children, Sexual, and Gender-Based Violence High Court convenes.