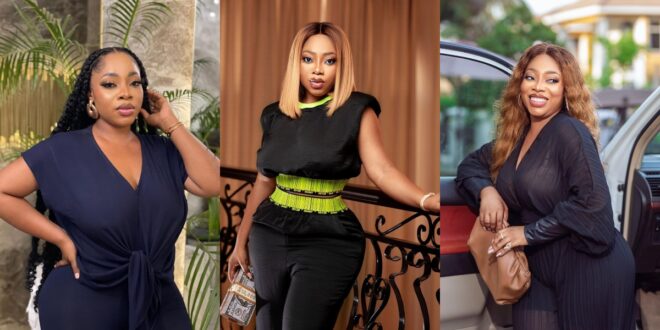 According to Ghanaian actress Moesha Boduong, 40% of girls in Accra have had their bodies altered.

This was revealed in an interview with Kwasi Aboagye on Peace FM’s “Entertainment Review” show, which were listening to.

Most of these individuals, according to Moesha, are not brave enough to admit what they have done.

When they are questioned about it, she claims they usually lie.

Miss Boduong, who had been severely chastised for her choice to undergo liposuction, insisted that it had provided others the courage to do the same.

She went on to say that the majority of actresses and female singers have jumped on board as well.

Watch Moesha’s interview in the video below.